The History of Silk in Fashion

The world of fashion is certainly no stranger to a fantastical tale or two. The history of silk, which began in ancient China, is one such tale. However, in this epic story, everything you’ll read – well, nearly everything – is completely true. 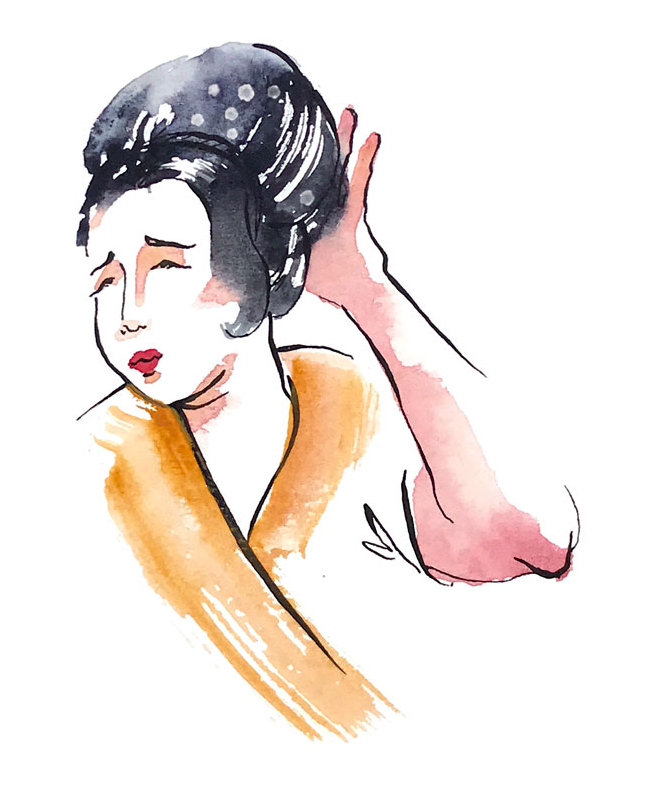 When Was Silk Discovered?

The history of silk was woven many thousands of years ago in ancient China. Legend has it that the origins of this story began around 3000 BC with the discovery of the silkworm by the mythical Lady Hsi Ling Shih. However, recent archaeological finds along the banks of China’s Yangtze River suggest that the history of silk could date back even further, to between 6,000 and 7,000 years ago..

For nearly 3,000 years, silk was China’s best-kept secret. To produce the finest-quality silk, silkworms must be fed a very specific diet and the moths must be prevented from hatching. China developed secret techniques for both that helped it create a monopoly on silk production. The silk produced in China was transported to the West via ancient trade routesknown as the Silk Road, bringing vast riches to the country. 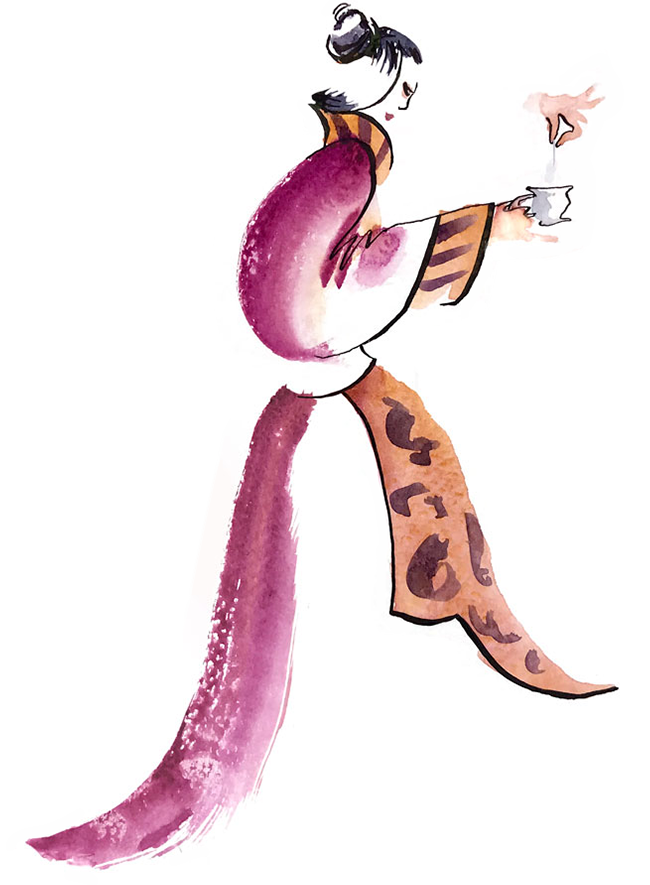 The Pioneers of Silk Fashion throughout History

Over 5,000 years, there have been many characters that have made an indelible mark on the history of this strong, lustrous fibre. Whether it’s how they wore it or their role in its production, they are now intricately woven into the extraordinary story of silk.

Lady Hsi Ling Shih, the wife of the Yellow Emperor, Huang Ti, was sipping tea under a mulberry tree one day when a silkworm cocoon fell into her cup. As the cocoon started to unravel, the empress saw the stunning beauty of the shimmering threads.

She explored to see where the cocoon had come from and found the Bombyx mori silkworm living in the white mulberry trees of the palace garden. It’s said that from there, the empress went on to develop the process of sericulture – the cultivation of silkworms – before inventing both the reel and the loom. Although there’s no way of telling whether the legend of the mythical empress is true, the Goddess of Silk will forever have a place in the history of silk. 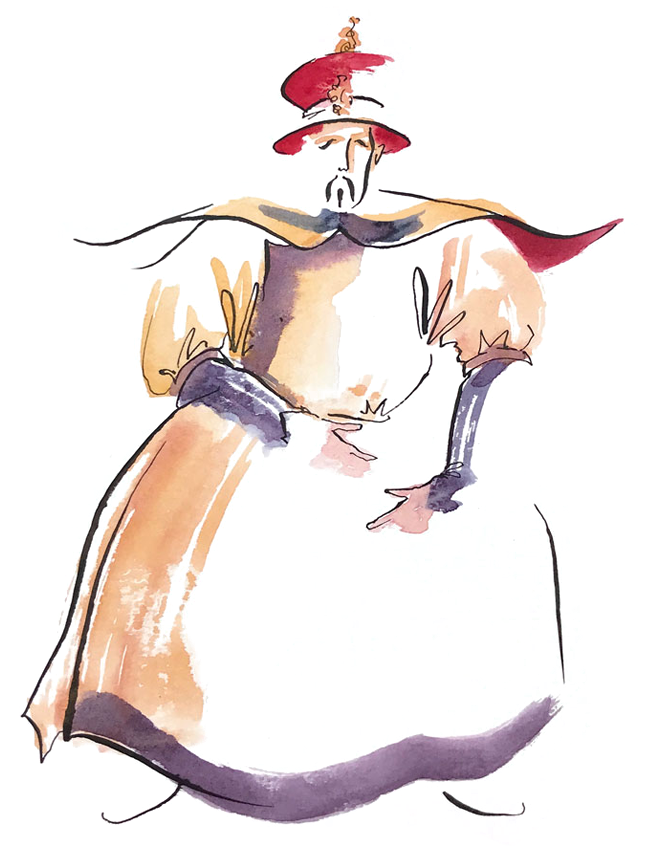 3000 BC Onwards – The Chinese Emperor, Wearer of the Dragon Robe (Chinese Empire)

Clothes played a highly symbolic role in ancient China. Perhaps the finest example of that is the spectacular ceremonial dragon robes worn by Chinese emperors from 3000 BC. The robes, made from the rarest, most valuable silk, were yellow or golden – colours that can only be worn by members of the royal family. The dragon motifs were symbolic of the emperor’s role as the mediator between heaven and earth and their control over the elements.

336–July 330 BC – Darius III, the Last King of the Achaemenid Empire of Persia (Persian Empire)

Darius III was the last great king of the Persian Empire. During his reign, the king himself and the Persian court were known to wear the finest silk scarves wrapped around the head, or closely around the head and neck. Unfortunately, even the most luxurious silk was not enough to protect the Persian Empire from the marauding Alexander the Great, whose army brought an end to an empire that stretched across much of Western Asia. 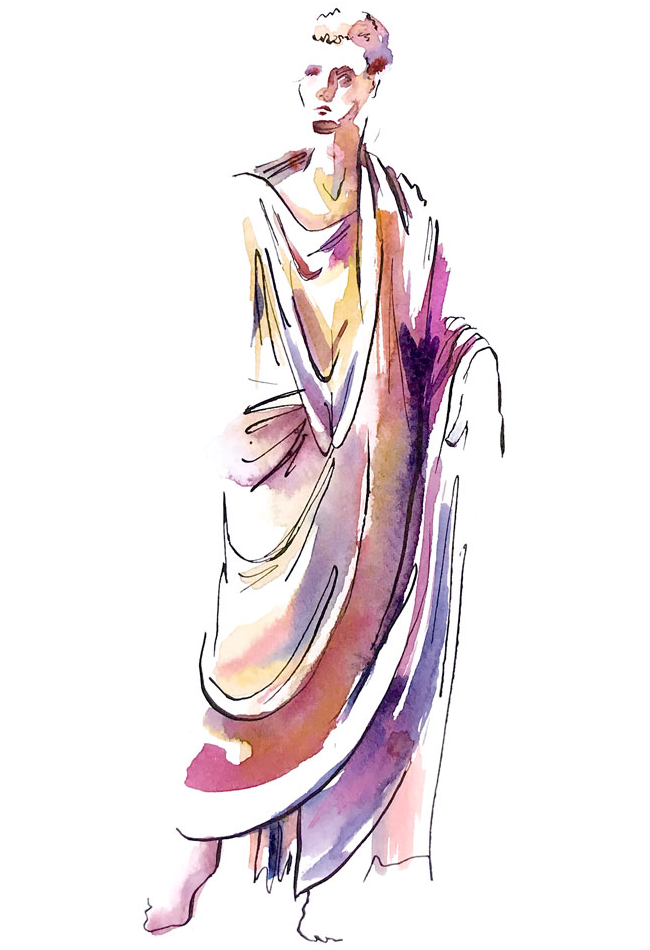 Caligula was one of the most extravagant emperors in the history of the Roman Empire. As well as wading through gold pieces as if it were water and drinking cocktails made from pearls dissolved in vinegar, Caligula had a decadent taste in fashion, and for the time, a rather bizarre collection of clothes.

One hundred and fifty years earlier, the legions of Marcus Licinius Crassus – alleged to be the richest man in Rome at the time – were the first Romans to set eyes on China’s silk. The Romans immediately fell in love with the fabulous fabric and Caligula was no different. He wore the finest silks from China while dressing up as female gods such as Diana and Juno. He also had a prodigious shoe collection that included an extensive collection of women’s shoes. 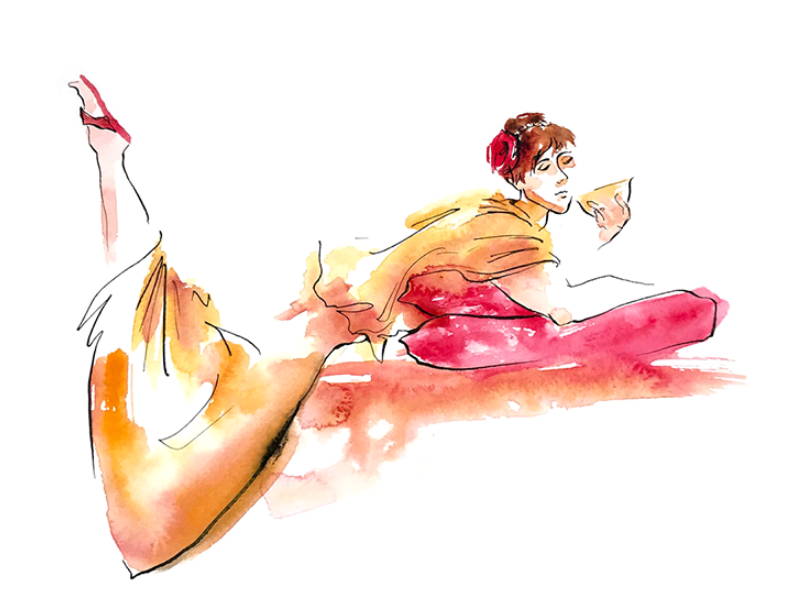 It’s said that the Roman Emperor Elagabalus believed garments that had been washed should only be worn by peasants, so he wore a new silk garment every day. A prophecy had been made by Syrian priests that Elagabalus would die a violent death, so he prepared cords entwined with purple and scarlet silk so he could bring an end to his own life before he met such a grisly fate. 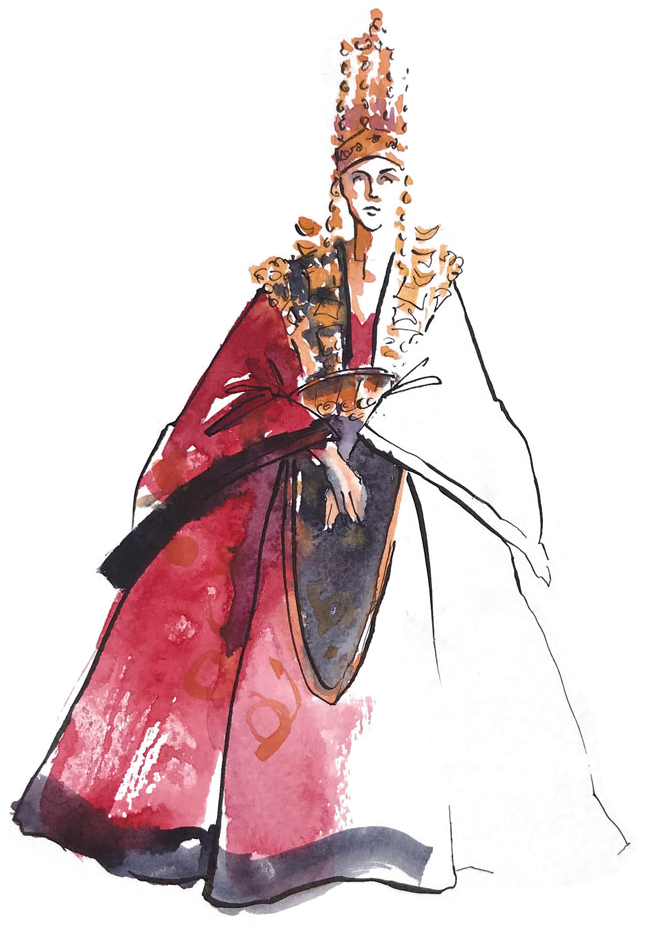 Queen Seondeok of Silla was the first reigning queen of one of the three kingdoms of Korea. A wise and benevolent leader, Queen Seondeok led a renaissance in literature and the arts in the Kingdom of Silla. Despite being destined to become queen, as a young girl, Seondeok took part in women’s chores, which included tending to hundreds of silkworms housed in the palace. When she became queen, everyone in her royal court wore long, wide-sleeved silk robes, with different colours indicating the level of the official.

c. 440 – The Chinese Princess Who Smuggled Silkworm Eggs in her Hairpiece (Chinese Empire)

Initially, silk production spread slowly, with the East doing its best to keep the ancient techniques under wraps. But by AD 440, it had spread to the western borders of China, aided by a Chinese princess who smuggled silkworm eggs to her new lover (the prince of the Iranian kingdom of Khotan) in her voluminous hairpiece. 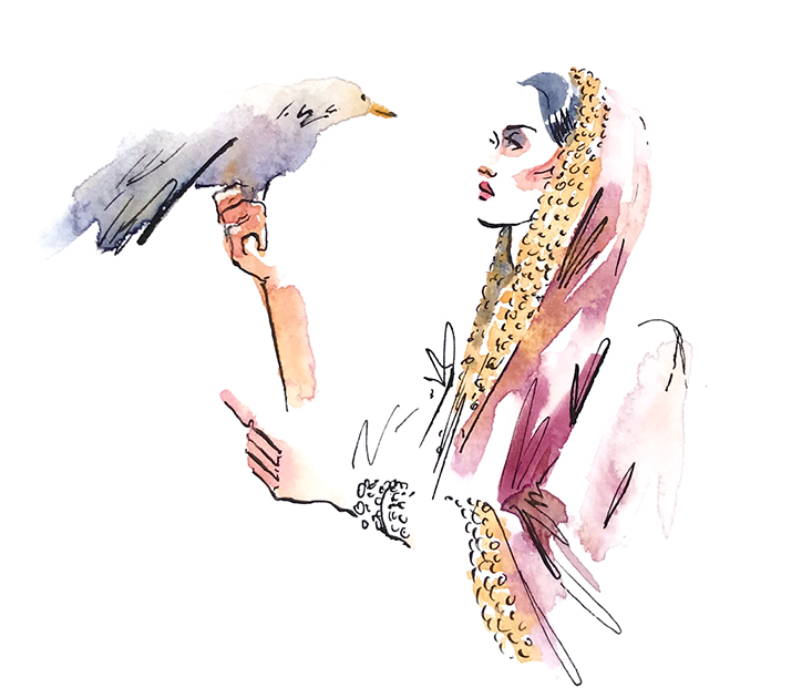 Indira Devi was a princess in her own right when she met and fell in love with the son of the Maharani of Cooch Behar. Tragically, he died after nine years, leaving Indira Devi to become the regent of Cooch Behar, a role she faced with courage and verve. She was renowned for her social grace and sartorial sense and is credited with setting the trend for wearing silk chiffon saris, which remains a royal fashion statement to this day. 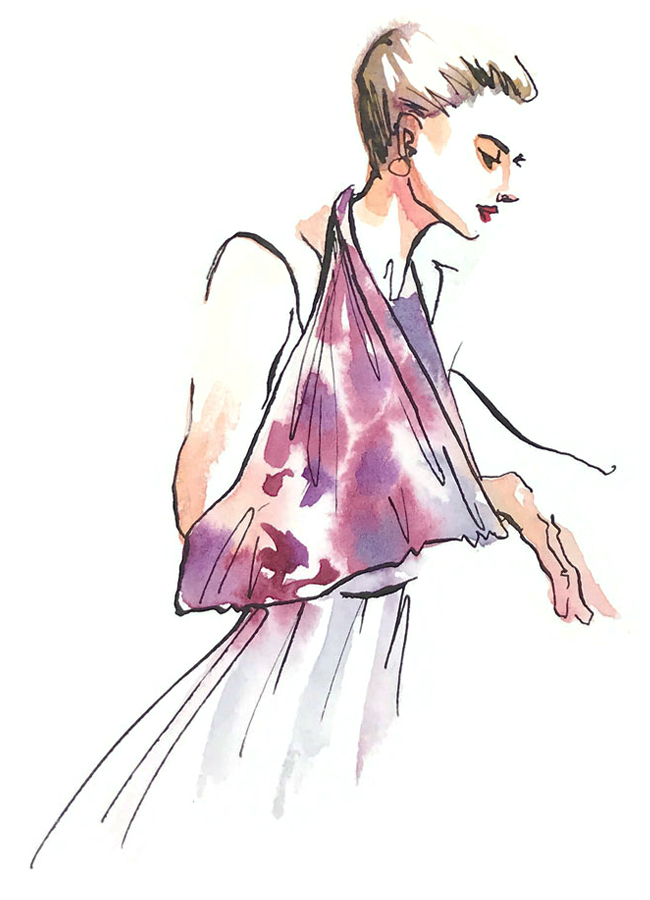 The American actress Grace Kelly lived a real-life fairy tale, marrying Prince Rainier III in 1956 to become the Princess of Monaco. She was renowned for her sophisticated sense of style and was famed for her ability to make anything look elegant. She made one of the most enduring silk fashion statements in modern times when using a printed silk Hermès scarf as a sling for her broken arm.

The history of silk has woven its way through the ages, from the surreptitious production techniques in ancient China to the silk fashion statements made by some of the style icons of our day. But who will be next to add their own chapter to the enchanting story of silk? Here at Jigsaw, we source the finest pure silks and silk mixes for both our summer and winter collections. This beautiful, natural material is cooling in summer and warming in winter, flows with the body and feels soft on this skin. Try on some of our favourite items to experience the benefits of silk. 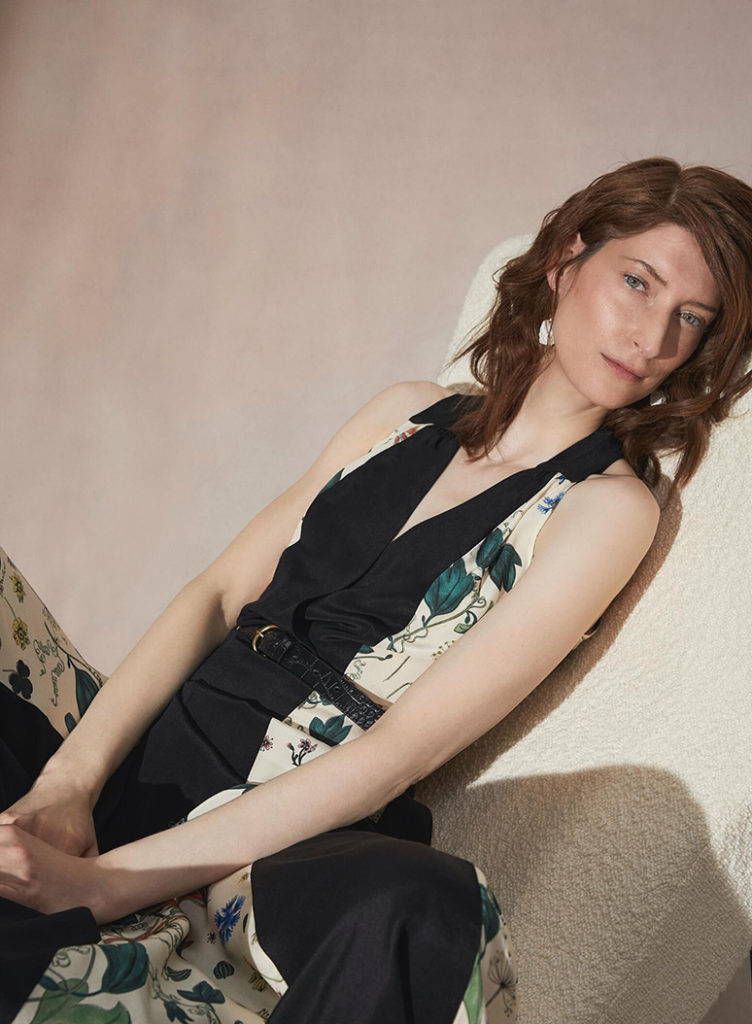 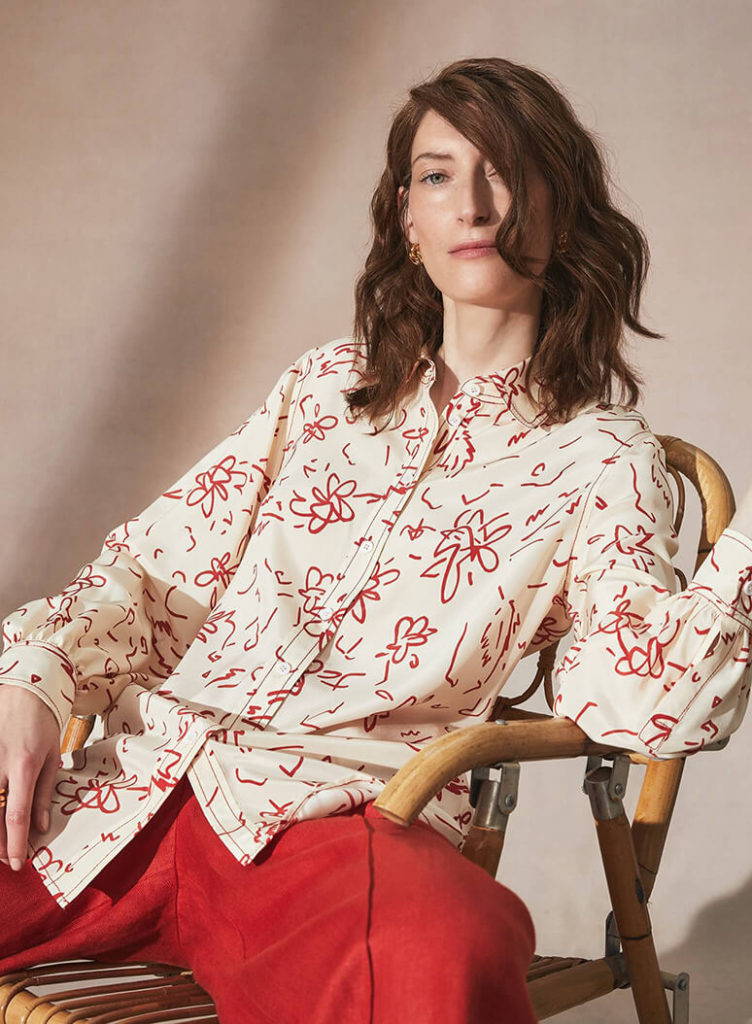